Preface: this blog post is just my travel log, personal reflections, and thoughts from my time conversing with other community members at OpenTelemetry Community Day in Austin on June 20th, 2022. If any corrections or retractions need be made, let me know and I’ll be happy to do so! 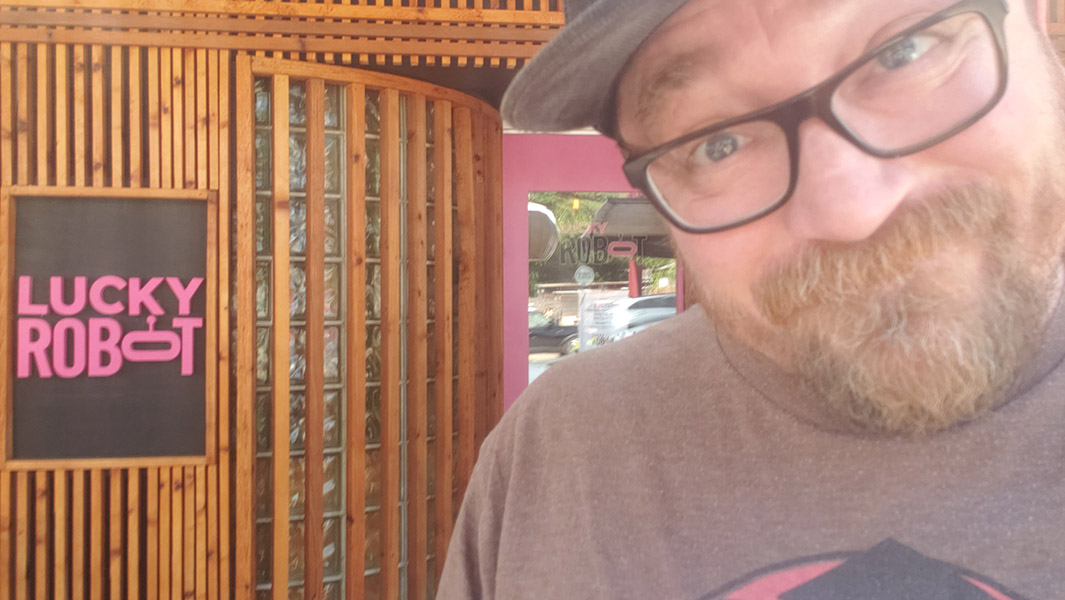 TL;DR - One Community Day Is Not Enough!

What is OpenTelemetry in Three Sentences

“OpenTelemetry is a collection of tools, APIs, and SDKs. Use it to instrument, generate, collect, and export telemetry data (metrics, logs, and traces) to help you analyze your software’s performance and behavior. OpenTelemetry is generally available across several languages and is suitable for use.” - opentelemetry.io

The above three sentences are a great start, but of course there’s more to it than that:

In 2018-2019 I had a number of conversations (re) with contributors to the OpenCensus and OpenTracing projects as they were realizing they needed to combine efforts into one project, OpenTelemetry. Unlike other online and project-driven “communities” I’ve experienced in the past, there was a sense of vendor-neutrality (though there’s plenty of vendors in the observability space) and that this was an idea whose time had come.

Since then, my contribution has been to cultivate an inclusive and non-insular community of people that want to learn, share, and (maybe even) contribute back to the OpenTelemetry project. For three consecutive years, I’ve been organizing o11yfest, an observability-focused and community-driven event. Each year, we donate equal or greater than the operating budget of the conference to some really good causes. It is purposely NOT part of the CNCF, as we want it to remain independent from that financial machine.

We also encourage contribution from everyone, not just voices from the CNCF and OpenTelemetry project, and put a fair bit of effort into screening out vendor/sales pitches and blah blahs. This year (2022) in May, we saw more attendee engagement than the past two years, and even had a number of people submit “pre-action” videos since all of our pre-recorded talks were available before the conference.

Community is what you make it. So I’m doing my part, what I can, and looking forward to encouraging others to do so as well. In the next coming months, we’ll be partnering with regional OpenTelemetry and observability meetup groups to double-down on contributing (hopefully and specifically about helping OpenTelemetry with their documentation needs).

Keynote: State of the OpenTelemetry Community

Alolita started out with some project milestones and history. 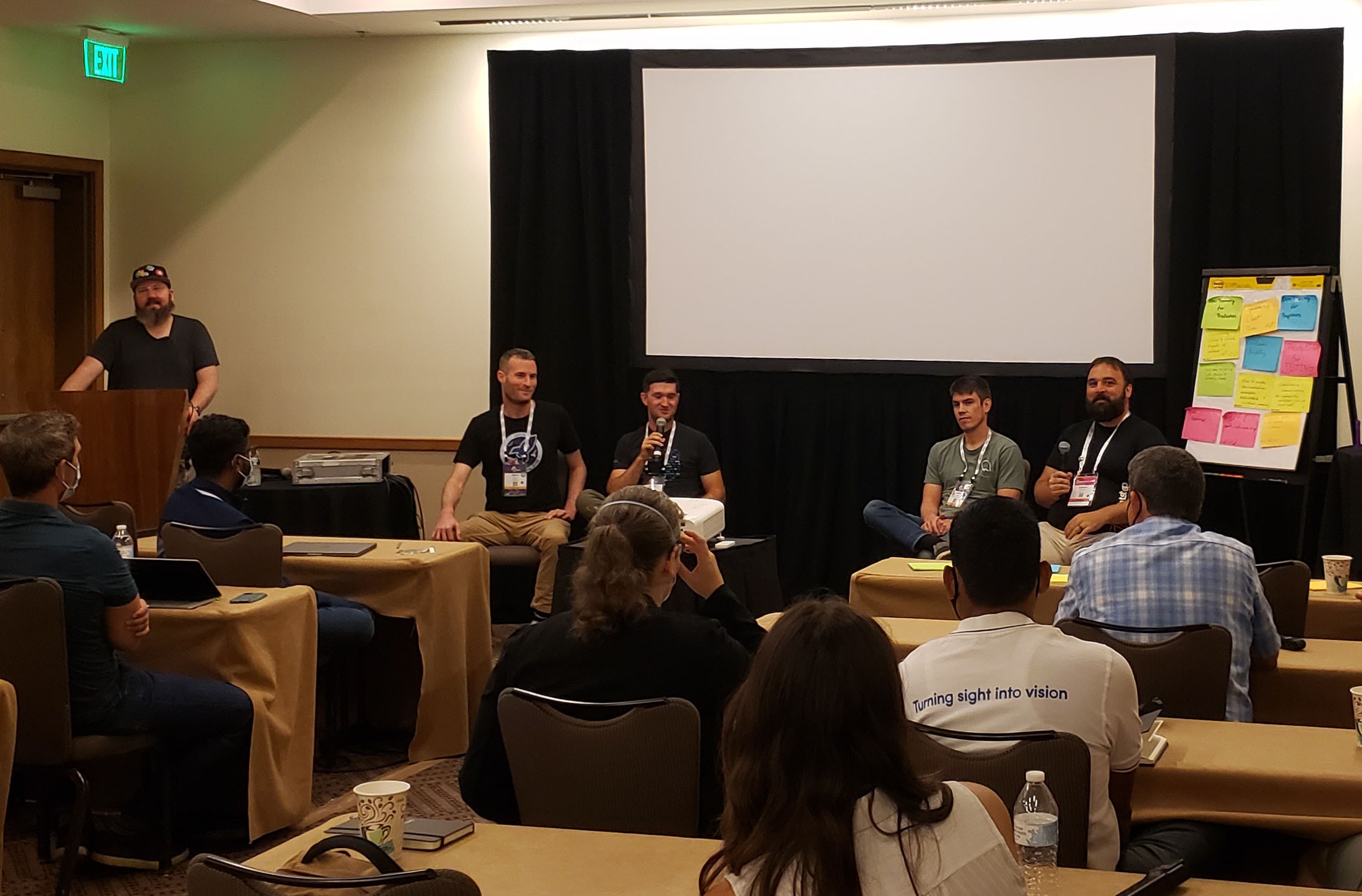 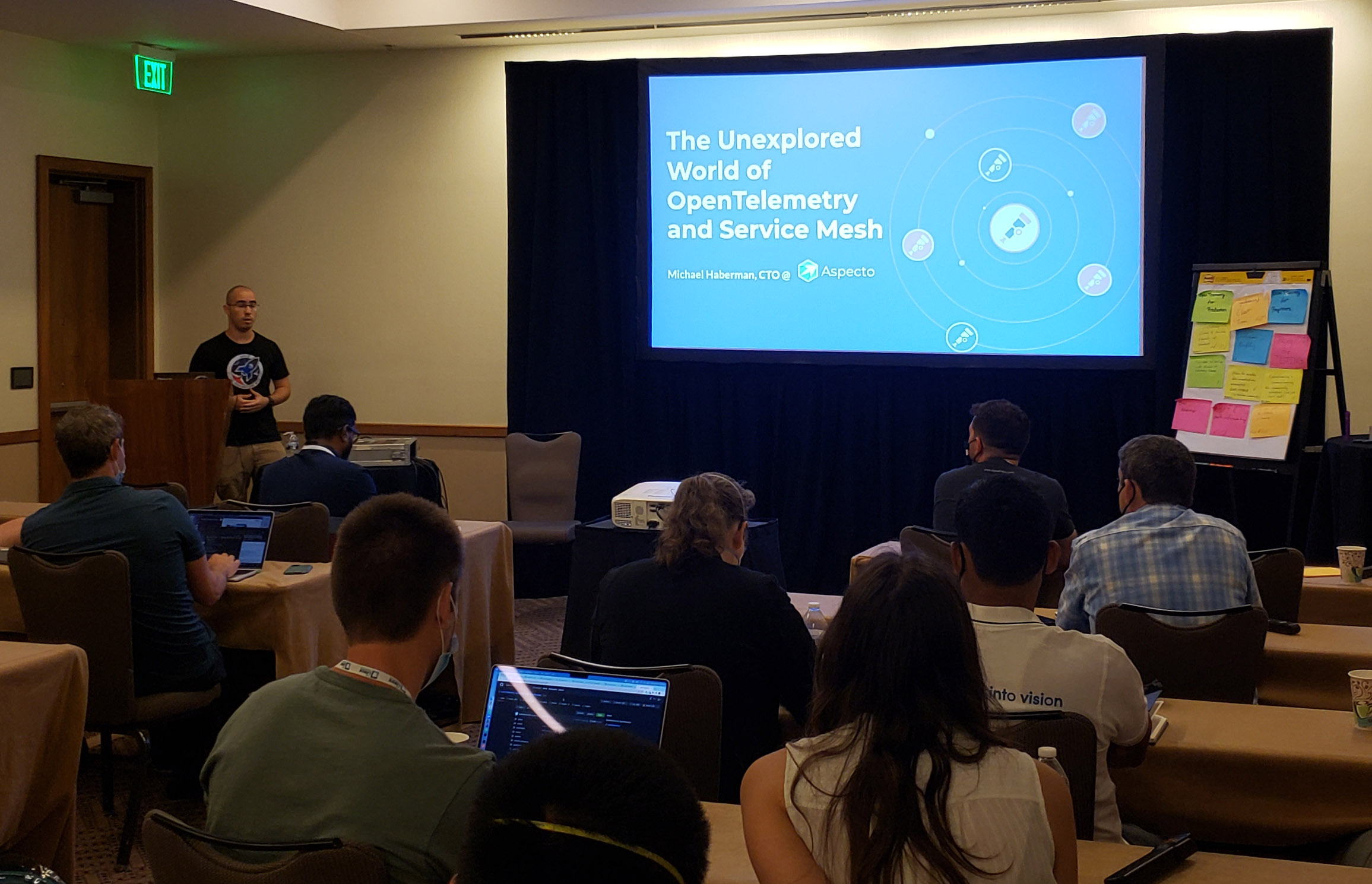 After beers with the Aspecto team on Sunday at Easy Tiger, it was clear that these guys are on a mission to put a [much needed] dent in our universe. On the walk back, Eran talked about how being a founder in this space requires an extreme amount of focus, which IMO they have and are demonstrating on multiple fronts.

Without betraying any particular details, the conversation revolved around themes like “how contributing to OTel isn’t at all about what your employer pays you to do”, “how much ‘magic’ people expect without doing anything”, regulated industry constraints with adopting recent/moving/early OTel components, and how much interest there is in the thriving observability community in Tel Aviv.

The short is, for a Boston boy like me, these guys know their shit and work hard as fuck.

Michael, who coincidentally spoke about Malabi at o11yfest in May, made the following great points: 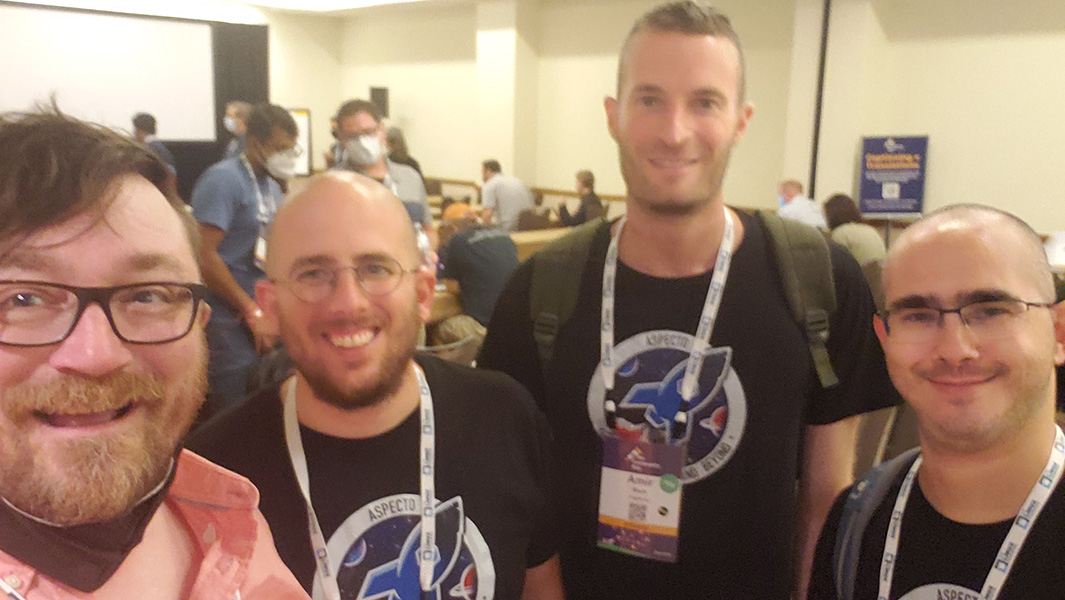 I then took time to meet with a late-stage candidate for Product Manager of our Incubation Engineering group. My group got to an offer acceptance, so that was a really nice lift going in to the afternoon sessions. 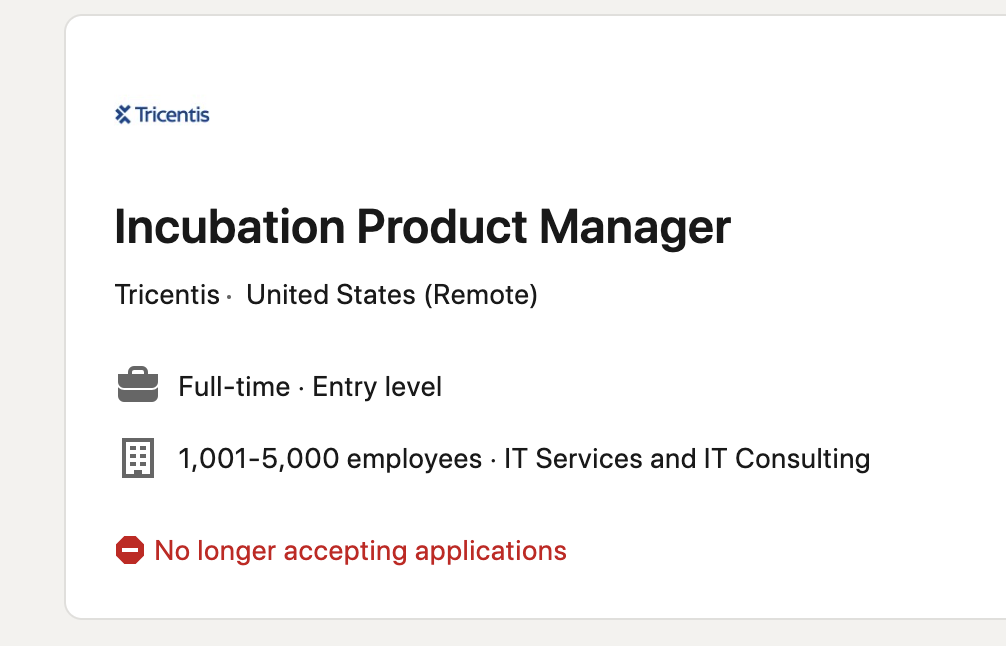 Since the event was somewhere between 50 and 75 attendees, I found it very easy to be cycling back through the clusters of folks who I had already chatted up, all within about 45 mins. This was actually nice as a forcing function to really strike up or contribute to meaningful dialog, since there was very little room to wander. 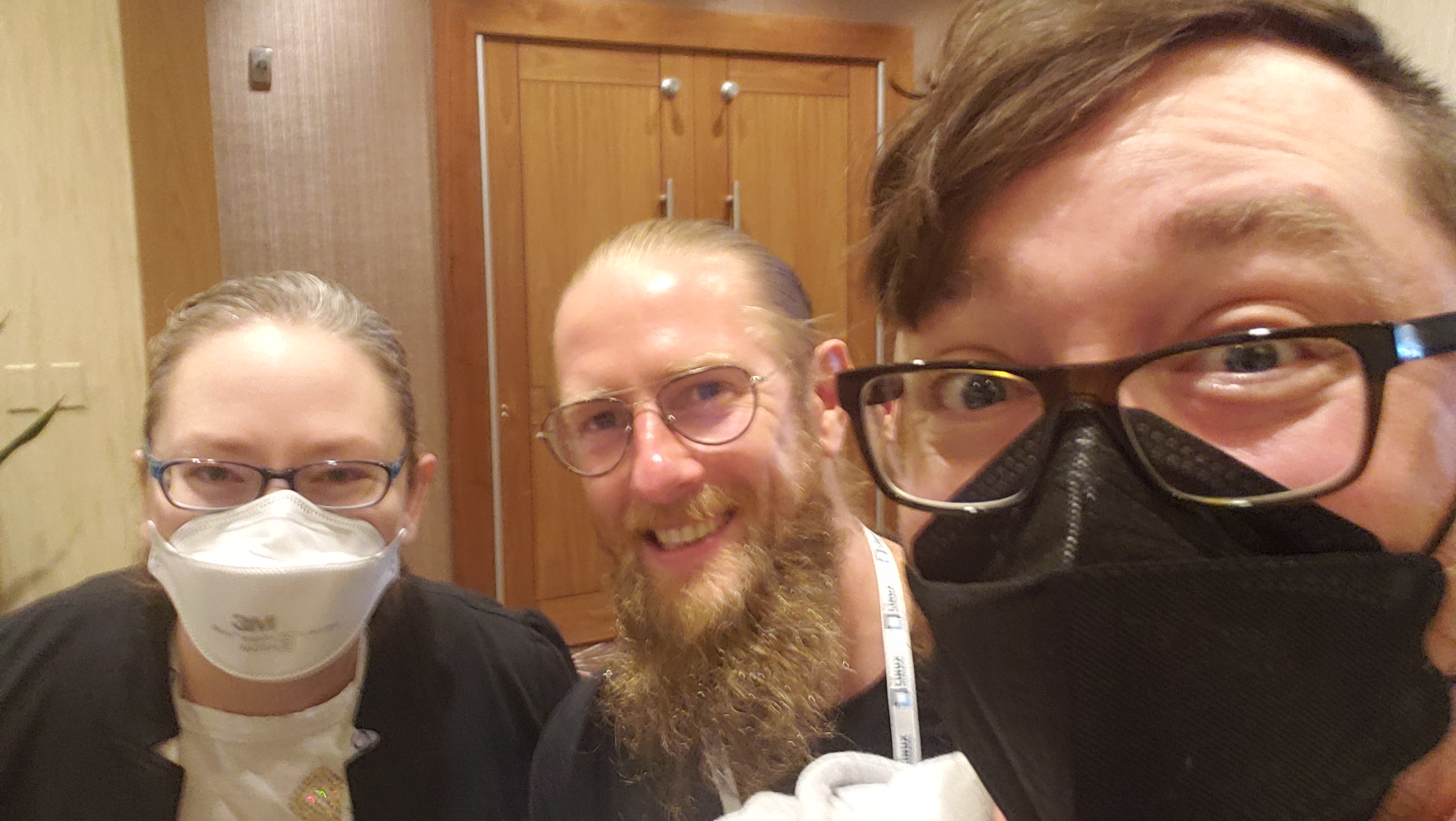 Sadly, having had to take a call, I the first part of this lightning talk from Ted Young. However, subsequent comments from other attendees confirmed what everyone already knows which is Ted is awesome and 80% of the time he speaks it is useful…all the time. His 2021 o11yfest presy about The Value of Design in OpenTelemetry stands as true amidst a year of major efforts to GA as it did back then.

However, I spent the better part of the afternoon in un-conference discussions with Ted and other attendees about Tracing and Testing topics, so while I missed his most recent incarnation of coolness, and his body of work speaks for itself.

The best part of the day, seriously, but as open and engaged conversations go, I was more invested in the people in the room than taking notes on my laptop.

The short is that most people in the room needed a simple description of what eBPF is and very few people who were versed on the topic. Key taking points are:

Fortunately, we had an amazing person (Libby) who volunteered to capture topics on the sketch board.

Sessions I didn’t attend (but would want to)

Sadly, I cannot physically be in two rooms at once. Hopefully there was a recording of this discussion, but if not and someone has notes, I would LOVE to link to them from this post here.

Again, being invested in the conversation and capturing meaningful topics was more important than taking copious notes. As such, I did take the cue from Libby and make sure that at least some of the key points of the discussion were documented: 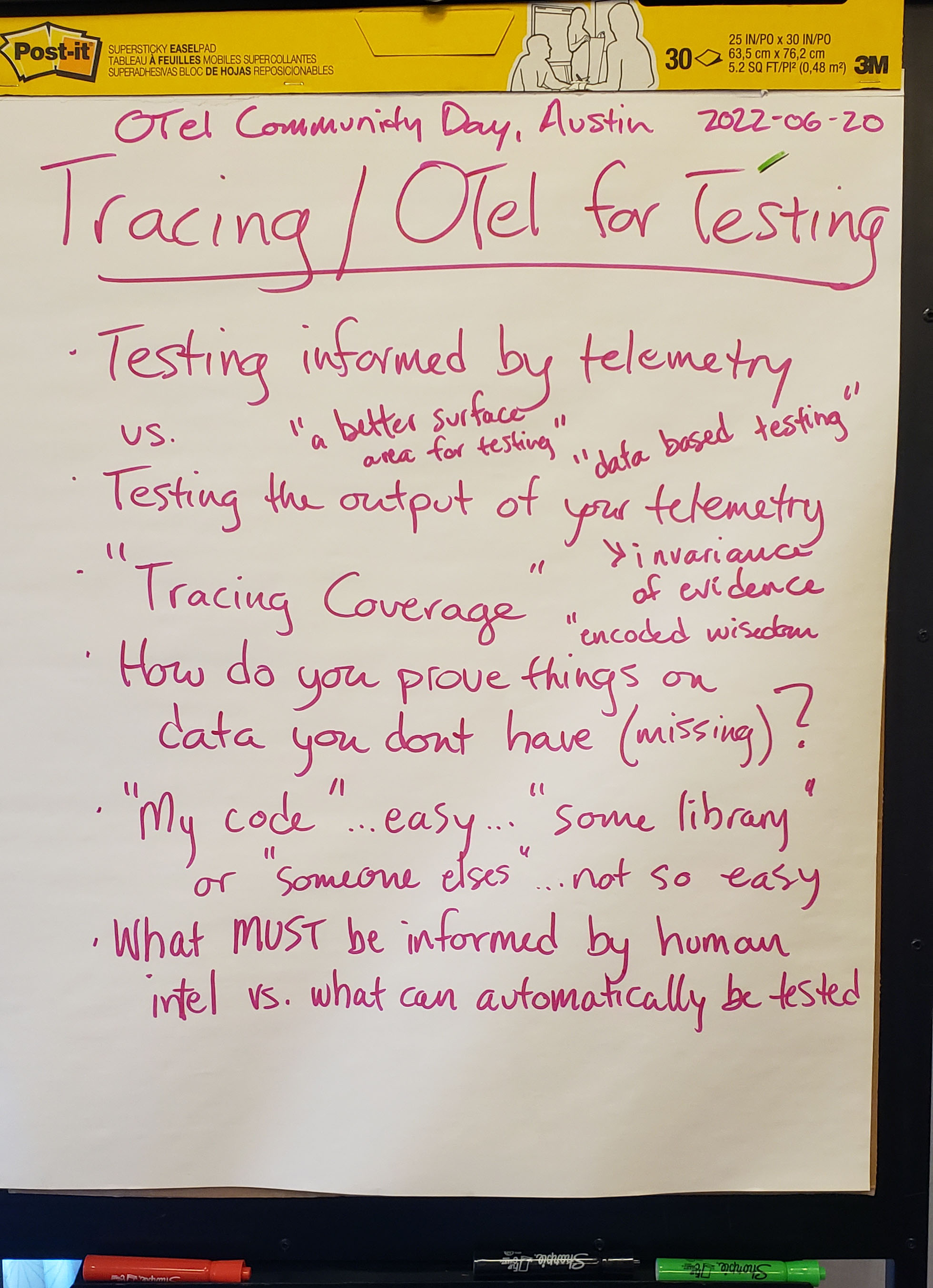 Worth the trip. Lots going on in this space. Needs contributors, not simply adopters. Get involved. Reach out to me or any of the visible core maintainers. Expect growth. Come be part of the community as it thrives.