Getting people to understand the true value of open source goes beyond just making easily digestible bullet points. I don't mean the hyper-commercialized version of open source that dominates the software market today. I mean that open source software is a way in to the mind and heart of a programmer. 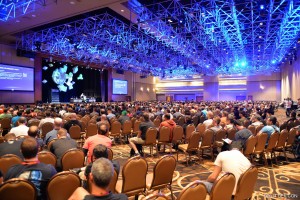 The term "Developers" on the other hand is a concept that certain people invented, constructed, to create a marketplace of people that do first instead of consider first. Developers, not code, have been the new tech market for many years. Even well-meaning technical people sadly fall prey to the wholesale commoditization of humans who speak in computer languages and are easily caught up in the dark ocean of enterprise software.

I wish all the developers in the world well as I sail away and find a more honest place to keep my self and my code.

This guy worked as a developer, then he quit work

I have contributed to many open source projects over the years. Some I have taken too personally, some I have ignored, and some I squandered. Sadly, for me and this post, it cannot be verified, as I have used many faux-names and anonymous accounts to do so. I can't even remember or trace them even if I tried. [heartache] [pause] [sigh]

In my youth, I didn't realize how important contribution was. I thought that the concept of the 'self' was something to be avoided, ignored. Since that time, I understand how wasteful that viewpoint was. Contribution is a requisite now.

Open source software is the language of people who want to work together.

The problem with money

There's something inherently wrong with a company that doesn't regularly contribute back to the community, something very wrong and very rotten. Money is a really effective motivator. It is often also used as the only indicator of value in a marketplace. Shame on us for not looking deeper, because there are many metrics to human behavior and interest, the last of which is where people put their money. Ask anyone in sales, they'll tell you that people's interest is ultimately, but not initially gauged by their financial commitment. People will tell you if your thing, whatever that is, is bad or worth investing in; you just have to listen to the signs. And there's no better way to do that than open source contributions as a metric for the veracity of your thing in the market..

I advocate for open source

One theme that emerges from my years into software is that contribution is key. Commercial, open source, whatever. Teams are made up of people, and to do something great, the more engaged and honest people you find, the better off you'll be.

Side note: It is not enough to treat a non-profit as your contribution. The maintstream NPO mentality is that money is only necessary when it's needed, desperately, in salaries, in budgets, and in planning. People are not created equal. We start at different places, with different perspectives, and claw our way to an egalitarian place. Some people have to work harder than others.

It is the job of those who don't work as hard to help out those who work too much.

That is the spirit of open source to me. To help. That's why I advocate open source now. It is help that causes people to put there money where their mouth is, in your product. To make money is to help first; the software equivalent of that is to contribute to open source, whatever way you can.